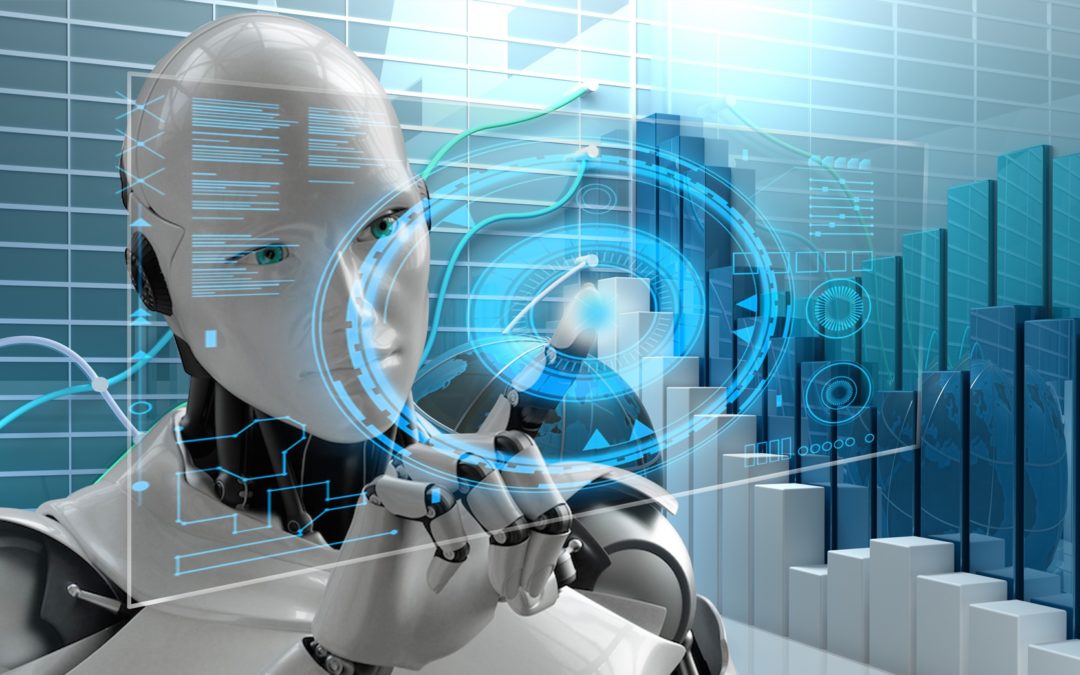 Artificial intelligence is advancing increasingly and is being incorporated into many business processes, and cybersecurity is no exception.

Artificial Intelligence (AI) software is able to “learn” from studying the causes of past events and with this data can predict threats to cybersecurity. According to a Webroot report, AI is currently being used by almost 87% of cybersecurity professionals in the United States.

These types of technology are very efficient when it comes to fighting malware. They use algorithms trained with vulnerability catalogs, so they know what to detect. They are also very flexible, they track characteristics of viruses and not their signatures, preventing cyber-criminals from camouflaging the malware. This greatly reduces the margin of error, and at the same time serves as a learning process based on these patterns.

According to Derek Manky, global security strategist at Fortinet, the security devices of our near future will need to integrate mechanical learning to recognize changes and irregularities in the operation and automatically anticipate risks. They also need to have the ability to update information and protect the company. “Devices must have the ability to monitor and share critical information and synchronize their responses to detect threats.”

However, AI also involves its risks in terms of cybersecurity, as 91% of professionals in the sector are concerned that hackers use it to prepare more sophisticated cyber attacks.

Risks of Artificial Intelligence in the field of cybersecurity

As advances are made in artificial intelligence (AI) systems, it is very likely that attacks with social engineering will be increasingly complex. Well, whether or not we want the technological advance to reach both worlds, we will witness the rise of cyber attacks based on artificial intelligence, and this translates into an epidemic spread of them.

Ironically, the best way to defend against this type of attack is to use AI. It potentially could give way to an artificial intelligence arms race with worrisome long-term consequences, but mainly only if big government actors come into play.

According to the American consultancy CB Insights, during the cold war governments talked about their “missile gaps” or their disadvantages in relation to rivals in terms of nuclear warheads. Now governments increasingly gauge their gaps in terms of capabilities in cybernetic. As a result, the world of cybersecurity and traditional defense are merging. “It’s the data breaches that bring the risks.”

Currently, the AI can already be used to defend and attack cybernetic infrastructures. It also increases the surface for hackers looking to attack as well as increase the number of possible ways to access a system. It is vital that business leaders understand the significance of this change and how to approach it.

Advances towards a cybersecurity based on Artificial Intelligence:

The incorporation of AI into cybersecurity makes it possible to level the playing field for security professionals who nowadays have to make a constant defense against cybercriminals who seek vulnerabilities in their free time. Even well planned and hidden attacks could be detected and easily defeated.

It is true that there is still a long way to go to achieve perfect security that uses Artificial Intelligence. For this to be successful you must be able to replicate a cybersecurity professional which includes decision making just like an engineer with a lot of experience but on a much higher scale.

Before we must go through some stages of testing and allow it to mature as a technology. It is a change of paradigm, since it affects the condition of the human being similar or superior to such transcendent changes as electricity or the Internet, we can say that we are fully into the “pre-AI” era.

Google says that in 2022, there will be approximately two million experts in cybersecurity, however, data suggests they will prefer to work in technological giants such as Google itself, Amazon or Apple and in Silicon Valley due to high salaries, and contain little appeal for small companies dedicated to ensuring security in the third-party network.

The solution to this problem is called automation. Larry Ellison, president of Oracle, said, “We will lose the war if the dispute is between people and computers. The fight must be between computers. ” Or between computers and computers ruled by humans. “Companies should focus on hiring security intelligence analysts who are experts in their industry, and who can analyze the specific anomalies marked by IA-based cybersecurity solutions. And make no mistake, the future of cybersecurity goes through the association of man and machine, both supporting each other in the fight against hackers. It is the only path to success if organizations want a reasonable chance to survive the onslaught of complex and sophisticated attacks. “

As you see, it is impossible to answer the initial question simply in this post. Artificial Intelligence can be both an ally and enemy of cybersecurity, it depends on our usage and purpose. What is certain is that a technological change is here to stay and for which we must prepare.